The current Board of Management 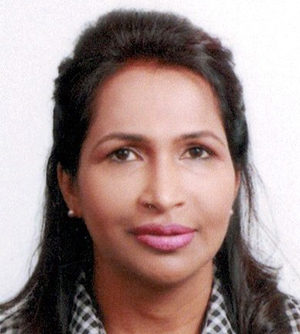 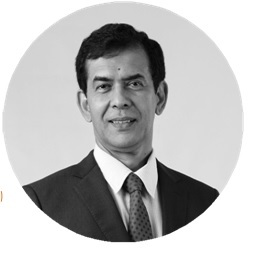 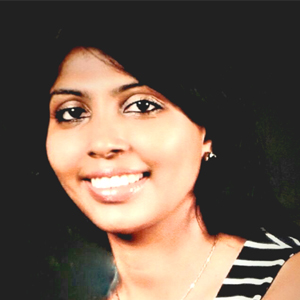 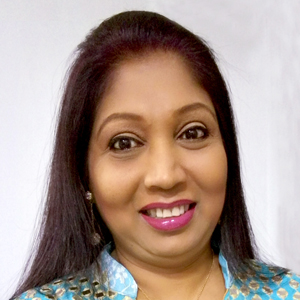 Mr. Sathananthan Sudarshanis the President of the Institute of Chartered Corporate Secretaries of Sri Lanka He was appointed as the Company Secretary of Siyapatha Finance PLC with effect from 7th December 2015.

He has been awarded a MBA from the University of Lincoln, Hull, United Kingdom.

After completing his education at Ananda College, Colombo 10, he started on his Company Secretay career at Hulugalle Associates (Pvt) Limited. Later he joined the Corporate Secretarial division of PricewaterhouseCoopers.(PWC) where gained wide experience in many industries.

After a few years he joined Pugoda Textiles; a subsidiary of an Indian Multi National Company and was appointed it's Company Secretary.

He was appointed as an Independent Director of Hull Investments (Pvt)Limited; a property owning company.

Ms. A. Berugoda is an Associate member of the Institute of Chartered Corporate Secretaries of Sri Lanka and registered as a Company Secretary at the Registrar General of Companies. She also holds a Diploma in Marketing from the Chartered Institute of Marketing UK.

Ms. A. Berugoda has over 15 years of experience in Corporate Secretarial field and has the exposure in handling Limited liability companies, Guarantee companies, Public listed companies listed in the Colombo Exchanged and Finance and Leasing. She also had the opportunity to work with local and foreign investors.

Radhisha Peiris has been a member of the ICCS and been a Board member for the last 02 years since 2017. She started her career at John Keells Stock Brokers (Pvt) Ltd and moved on to John Keells Holdings and had been working in the Keells group for close upon 10 years. She then moved on to a Secretarial and Law firm, D. N. Thurairajah Associates for a short stint, after which she joined one of the largest conglomerates in the country Ceylinco Consolidated working directly under the Chairman. She is now at Council for Public Policy (CPP) a small think tank and a research organization since its inception in 2005 and functions as its Head of Administration and Finance. A registered company secretary, Radhisha overseas all statutory and regulatory compliance matters and corporate governance at CPP and functions as the Company Secretary to date.

Dilrukshi Wiratunga is an Associate of the Institute of Chartered Corporate Secretaries of Sri Lanka and the Institute of Chartered Secretaries & Administrators UK. She is also a CIMA Passed Finalist. She has over 18 years of company secretarial experience and worked at Vanik Corporate Services (Pvt) Ltd and thereafter at Keells Consultants (Pvt) Ltd. She is currently a Director and CEO of Secretarius (Pvt) Ltd. Dilrukshi is also a musician and is the Principal flautist of the Symphony Orchestra of Sri Lanka.

Ms. Harshila Withanage, is currently the CEO/Director of RNH Holdings (Pvt) Ltd, which is an associate company of Nihal Hettiarachchi & Company, Chartered Accountants. As the CEO/ Director, she's responsible in delivering corporate secretarial services to both local & overseas clients.

With over 18 years of experience she has gathered a wealth of knowledge in her respective field and is an Associate member of the Institute of Chartered Corporate Secretaries of Sri Lanka.

On a personal note, she is a student of Anula Vidyala, Nugegoda. She was involved in several extra-curricular activities during her school career.